What is the WhatsApp, Facebook, and İnstagram trio aimed at? 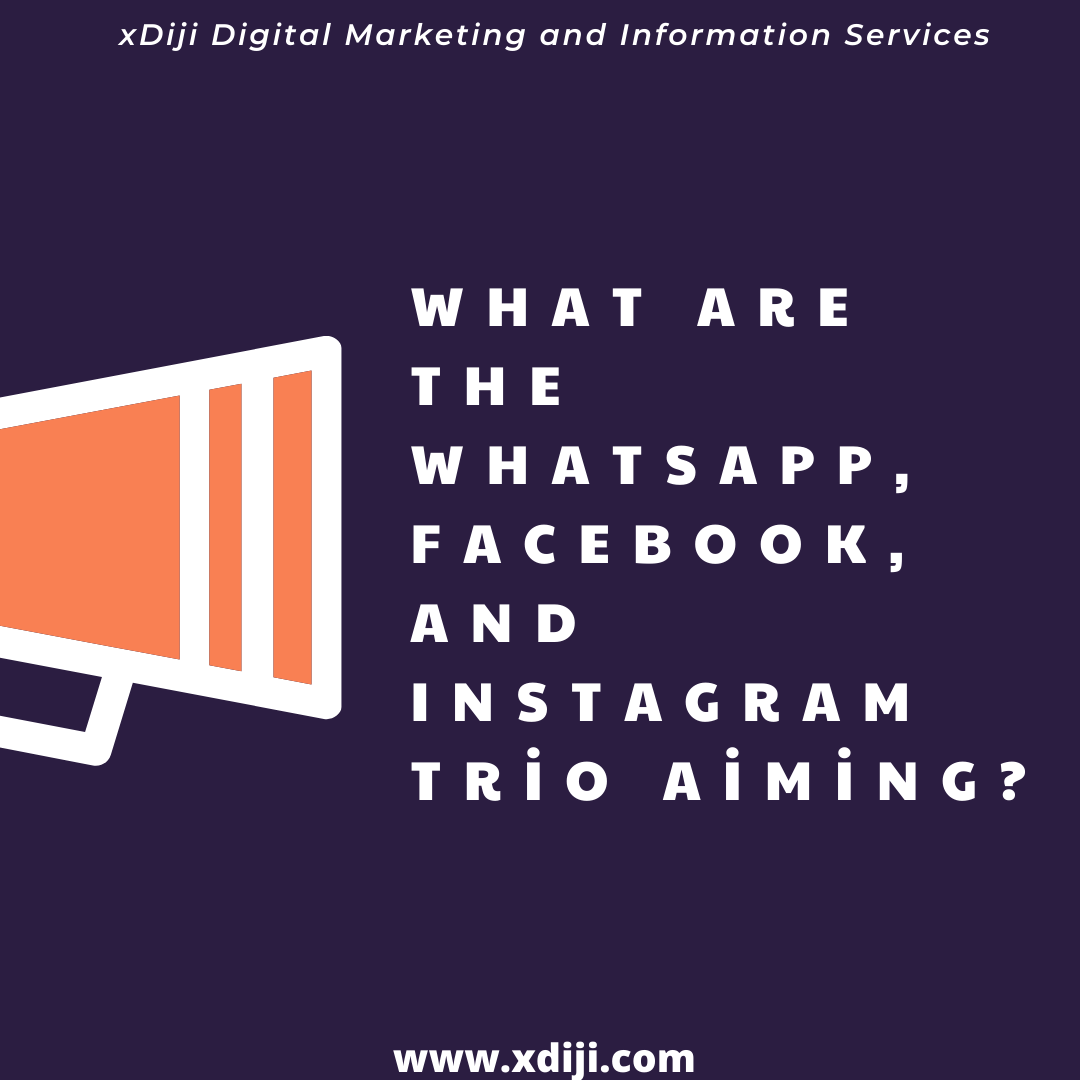 As it is known, WhatsApp has started to gradually introduce its new privacy policy to new users. In such big developments, users of course did not and did not remain silent. I think Mark Zuckerberg and WhatsApp side did not predict that the incident would cause such indignation.

Of course, this event is not only between users and WhatsApp, but the KVKK (Personal Data Protection Authority) has applied local legal processes and started to legally focus on this issue in other countries.

In fact, the first thing that comes to mind here is data, that is, Big Data may be indirectly. As a result, there is a theory called Big Data or a fact in the thesis. It is known by people that there is such a purpose, even if its name is not fully known.In fact, with the data of billions of people in the WhatsApp section, there is no such thing as anyone to dig into their private lives.

SO WHAT ARE THEY AIMING FOR?

As it is known, WhatsApp, Instagram, Facebook trio are companies that seem independent from each other but use the same data in the advertising part, but except WhatsApp.This is where it actually starts. Putting aside the official information conveyed by WhatsApp, social media platforms generate their revenues from ads.And here is the declining popularity of Facebook and now appealing only to audiences of certain ages.There is a decrease in algorithms, if we consider the data these companies feed into common data, that is, the masses of all ages, the system is a kind of instagram application.The WhatsApp part, on the other hand, does not go beyond just being a messaging tool, as a result, it wants to get to know the user more closely with many synchronizations such as personal data, interests, telephone integration.

As it is known, Facebook and Instagram are generating huge advertising turnover. In order to keep this alive, they want to keep the floating audience and detect them better.

As a result, new contracts emerge ..